The Congregation of the Holy Family (CHF) was founded by Chirammel Mankidian Thresia, Blessed Mariam Thresia with the purpose of Christianization of families. Rev. Fr. Joseph Vithayathil is the co-founder of the congregation. This is the 5th indigenous women religious congregation of pontifical right of the Syro-Malabar Church. On 14th May 1914 Mar John Menacherry, Bishop of the Diocese of Thrissur officially blessed and instituted the Congregation in Puthenchira, presently in the Diocese of Irinjalakuda. In 1976 a special General Synaxis was convened from 12 -14 Feb. at the Holy Family Generalate, Mannuthy, which discussed the possibilities of dividing the congregation into provinces. In the second session of the special General Synaxis which was convened on 3rd April 1976 it was decided to make the division based on geographical areas South, Centre, and North. The first Regional assembly of the southern region was held at Holy Family Convent Kuzhikkattussery on 26th Sep. 1976, presided over by Mother Anasthasia, the-then Superior General of CHF.

Mariam Thresia was born in 1876 when Kerala and Puthenchira. Chiramel Mankidiyan is a very famous family of Puthenchira. There are three branches… 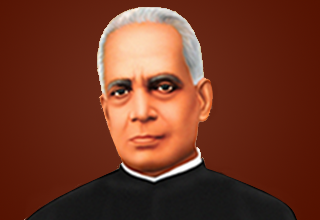 In order to fulfill this mission of enlightenment and transformation the college helps the prospective teachers to acquire. An awareness of God's…

The division of the Congregation into three Provinces - Pavanatma , Navajyothi, and Marian was in 1978. Rev.Sr. Beatrice, the Regional Superior became the first Provincial. Mission houses in U.P. and M.P became part of the Pavanatma Province...